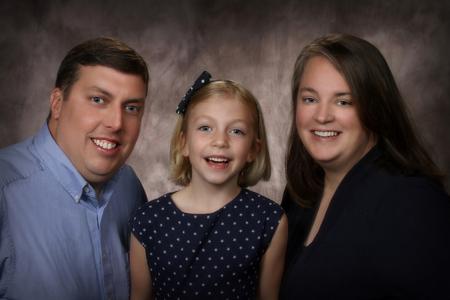 Mark's family has been a part of what is now the 39th Assembly District for four generations.  His great-grandparents farmed in the Pumpkin Center Area.  His grandparents moved the family to Beaver Dam where Mark was born and raised.  Mark's great-aunt's family settled into farming in Clyman Township where they continue to farm today.  Mark learned to hunt on these farms where the family continues this hobby today.  One of Mark's favorite summer activities as a child was to stay out at the farm and help his Uncle Rollie with chores.  Helping out on the farm, Mark learned the value of a hard days work.

After graduating from Beaver Dam High School, Mark attended Gustavus Adolphus College in St. Peter, MN where he graduated with honors with a Bachelor of Arts degree in Political Science and History.  Following college Mark began working for the Dodge County Sheriff's Department.  In 2000, he was promoted to a position in the Corrections Division Administration.  Mark is currently serving his 5th term in the Wisconsin State Legislature as the representative of the 39th District.

Mark is currently Assembly Co-Chair of the Joint Committee on Finance that crafts the bi-annual state budget.  As a past Chairman of the Wisconsin Assembly Public Benefit Reform committee, Mark has been a leader in bringing more accountability to our public benefit programs.  He has also served on the Criminal Justice, Natural Resources and Sporting Heritage, Tourism, Insurance, Financial Institutions, Rules, State Capitol and Executive Residence, Employment Relations, Legislative Council, and Audit Committees and the State Building Commission.

Prior to his election to the state legislature, Mark represented Ward Nine on the Beaver Dam Common Council for four years.  During his terms, Mark, served on nearly every committee and chaired two of them.  Mark is currently the Vice-President of the Dodge County Historical Society and serves on the Leadership Beaver Dam Steering Committee.  He is a current member and past officer of the Beaver Dam Lake Improvement Association.  He is a member of Beaver Dam Elk's Lodge 1540,  Republican Party of Dodge County, Downtown Beaver Dam Inc, Friends of the Horicon Marsh, and Trinity Church United Methodist in Beaver Dam.

Mark currently resides in Beaver Dam with his wife, Liberty, and their daughter.  Mark and Liberty are proud to be raising their daughter with the same sense of service and community that they grew up with.  In their spare time, the family enjoys the Horicon Marsh and can also regularly be found watching Badger, Packer, and Brewer games.  Mark and Liberty's favorite hobby these days is trying to keep an eye on their favorite twelve-year-old.

Forward with a Common Sense Conservative